What information should be cited? Where do I place the citation in a sentence? These two questions are commonly asked during my writing workshops and online courses. Other problems I regularly see are too many citations to support a piece of information or statements of fact that should be supported by a citation. This blogpost reviews the basic concepts of citation and discusses the importance of always citing your sources.

What is a citation?

Authors of scientific documents use citation to indicate when information comes from another source: who wrote (or produced) the information being discussed and when it was published.

There are many different referencing styles, including the Harvard style which is commonly used in science publications. The Author – Date (Harvard) in-text citation is where the authors surnames and dates of publication are written within brackets at the end of a sentence or phrase. For example. “Aquatic air breathers periodically break the water surface to gulp air but never leave water (Gonzales et al. 2006).” (Magellan 2016, p 452)

If there is more than one citation for a particular statement, the citations are separated by semicolons. For example: “The conflicting requirements for aquatic and terrestrial life are perhaps most pronounced in air-breathing fishes (Sayer & Davenport 1991; Graham 1997; Sayer 2005).” (Magellan 2016, p 452). This example also demonstrates the convention of ordering citations from earliest year published (1991) to latest year published (2005). If two publications were cited from the same year, then the order of citation would be in alphabetical order.

Where should in-text citation be placed?

Often the citation is made after a statement of fact. If there are three statements within a sentence, there will be three separate citations lists within that sentence; An example from Magellan (2016, p 452), “Amphibious animals are adapted for both aquatic and terrestrial habitats and divide their lives periodically (e.g. Yeomans 1995; Dall’Antonia & Sinsch 2001) or ontogenetically (e.g. Martin et al. 2004; Blob et al. 2007) between water and land (Sayer & Davenport 1991; Sayer 2005).”

Alternatively, the authors of a publication can appear in the beginning of a sentence when it is used as the subject of the sentence, while the date of publication is written in brackets. In this case, the previous citation example of Gonzales et al. 2006 by Magellan 2016 could be rewritten as ‘Gonzales et al. (2006) found that aquatic air breathers periodically break the water surface to gulp air but never leave water’. However, this type of citation increases the length of the sentence as the verb phrase ‘found that’ needs to be added.

As a general guide, if you use the findings of a study to develop your reasoning, it is easiest and more concise to place the citation at the end of the sentence. That way you can easily list more than one study as a list of citations in brackets, as in the example above. However, if you are discussing a particular study over more than one sentence, it is easier for the reader if you first introduce the authors as the subject of the sentence.
Irrespective of where the citation is placed, hyperlinking can used with electronic publications to link a quote or citation directly to the document being cited, as with the Fensham et. al (2017) paper cited below.

Ideas, quotes and paraphrasing should be cited

You must include a citation if you quote, paraphrase or summarise someone else’s information or ideas. Quoting is writing the exact words used by another author and enclosing the text in double quotation marks; for example: Fensham et. al (2017) concluded that “The findings of the current study support the importance of rainfall variability as the major influence on the demography of E. melanophloia, the dominant tree in a semi-arid savanna” (p. 780). The page number where the quotation appeared should always be included.

Paraphrasing is rewriting someone else’s writing using your own choice of words; for example, I would both summarise and paraphrase this previous quote as, ‘Fensham et. al (2017) concluded that rainfall variability is the major factor influencing the demography of E. Melanophloia.’ or ‘The demography of E. melanophloia is most strongly influenced by rainfall variability’.’ (Fensham et. al 2017).

Why do we cite?

The main reasons we cite is to clearly distinguish our work from others and so the source of information can be located and verified. Citation also honours the work or intellectual property of the author. Researchers most often cite other studies when developing their reasoning for their own studies, when comparing their work with other researchers and to indicate when authors reach similar or dissimilar conclusions. In this way, the citation process maintains and further develops the scientific discourse and shows how authors place their work within the published scientific literature.

What information can be cited?

Unpublished research is referred to as grey literature. Grey literature is defined as “…research that has not been published commercially and is therefore not necessarily searchable via the standard databases and search engines. Much grey literature is of high quality and can be an excellent source of up to date research in certain subject areas. Examples of grey literature: government reports, conference proceedings, theses / dissertations, research reports, maps, policy statements, clinical trials, technical standards, interviews and newsletters” (UNSW 2018).

How to cite different types of publications

Most Australian university library websites will list guides to different referencing styles; for example, Queensland University and Victoria University have in-depth guides on different referencing styles and how to cite and reference different types of publications. Also refer to Colin Neville’s book, The Complete Guide to Referencing and Avoiding Plagiarism (2016) for an in-depth guide on how to reference and cite a wide range of published material including books, papers, newspaper articles and audio-visual material.

What doesn’t need to be cited

As readers, we trust that the author’s knowledge of what is commonly known, is true. For example, the quote from Fensham (see above) included an unreferenced statement that E. melanophloia is a dominant tree in a semi-arid savanna (Fensham et al. 2017, p. 780). I assume that this statement is common knowledge as it was uncited. Another example is that it is common knowledge to entomologists that (most) beetles have only one pair of flying wings, with the second pair of wings evolved to form protective covers to the flying wings. This fact would not need to be cited in entomology publications, not only because it is commonly known, but because it is easy enough to find out.

Find out more about our online science writing course... 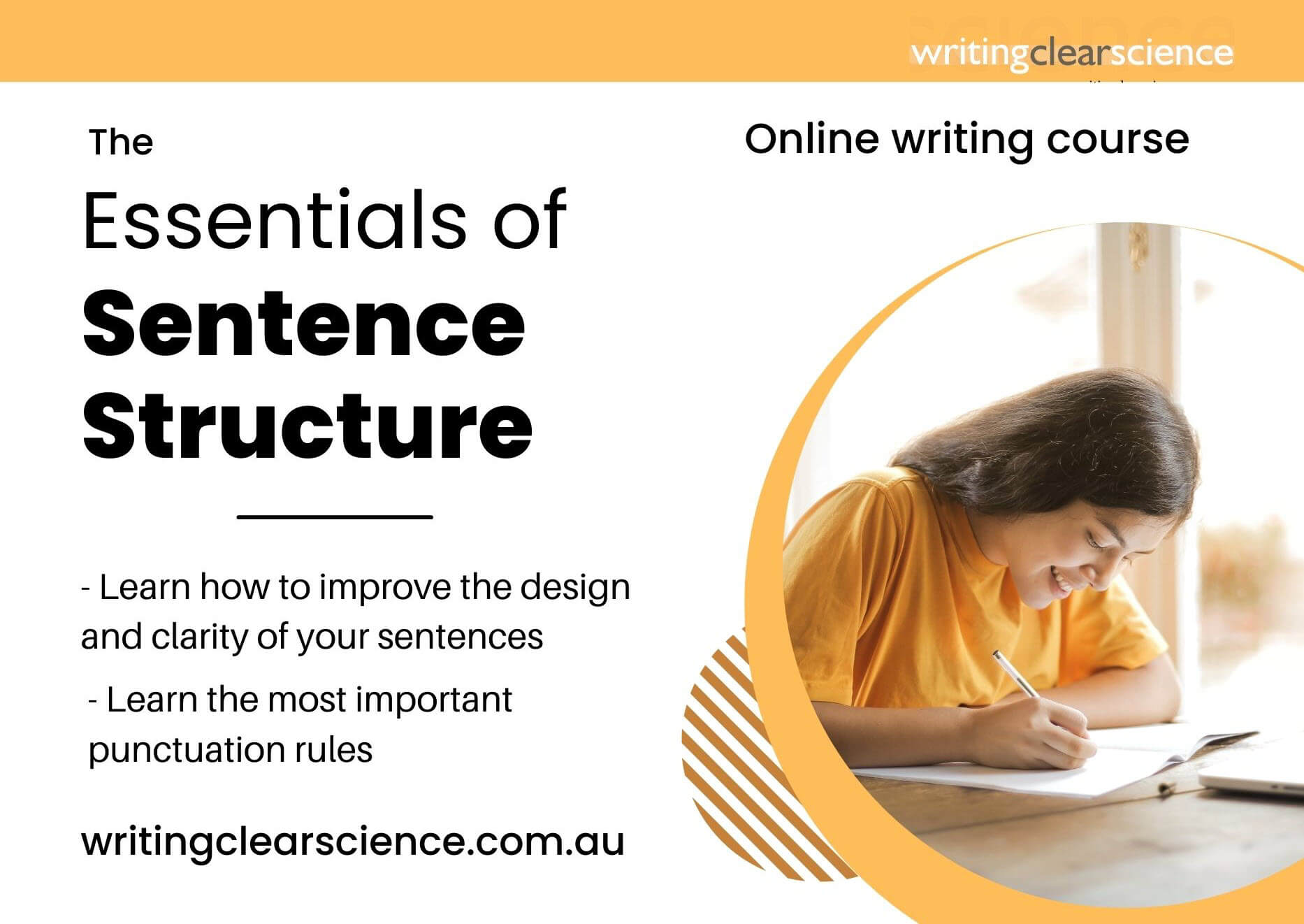