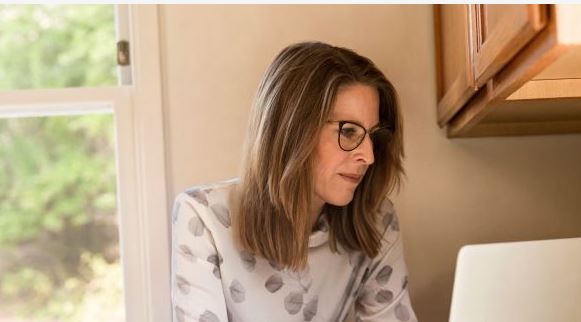 When teaching I am often asked ‘What is the writing rule for X …’, with the expectation that there will be a hard and fast rule on topic X that simply needs to be learned and followed. Before responding, I talk about the difference between writing rules, general advice and the ‘It Depends…’ option. I consider a writing rule is something that must be done every time: for example, the rule of capitalising the first word of every sentence. But not all rules or advice should be automatically followed. This is the ‘It Depends…’  option.

Language wouldn’t work without rules and there is much advice and wisdom about how to improve writing. Most advice is based upon a wealth of experience, education and research. However, some advice is not helpful, continues to be republished and retaught and can make writing more difficult, especially if delivered as a rule rather than as a suggestion.

The problem with writing rules

1. As they are rules, they are often delivered as absolutes. This practice could lead writers to change their work, and possibly their intended meaning, for the primary reason of following a rule at the expense of closely reviewing and critiquing both their work and the writing advice.

2. They are not critiqued. Some writing rules might help some people some of the time, but it’s the exceptions that leave writers fretting. Critiquing a writing rule means looking at the exceptions to see how robust it is. Writing rules that reinforce current writing conventions are harder to change; for example, the use of the personal pronoun is still widely discouraged.

How does advice end up as a writing rule?

This type of ad-hoc, untested advice, can be elevated to the status of a writing rule simply if delivered as a directive, by including words such as ‘should’, ‘must’ or ‘always’. These words immediately indicate something is an obligation or a duty, or a state of correctness. Also, simply calling something a ‘rule’ automatically raises its’ importance.

Rules may appear easier to teach and learn

Perhaps some advice evolves into a writing rule because it initially appears easier to teach with the common ‘black or white’ or a ‘yes or no’ structure of rules. Some might also think that rules are easier to learn, and to follow, instead of having to make decisions about what and how to write. I occasionally hear inexperienced writers say they would prefer to follow writing rules thinking this will prevent them from making serious writing errors.

The grey areas between the black and white writing rules

Teaching and learning in the grey areas between black and white writing rules primarily involves understanding how to deal with the exceptions to the rules. The process of teaching whether a certain piece of advice is valid can be time-consuming as it involves the use of argument and logic and the use of examples demonstrating valid exceptions to the rules. For example, the writing rule to use active voice is often delivered as a simple, single choice, yet the decision of whether to use passive or active voice is not straightforward.

Ideally, both the writing rule and the issue needing the rule require critical assessment and deliberation, before any advice is followed. This is the ‘It Depends…’ option which is my most common response when I’m asked to teach writing rules.

The ‘It Depends…’ option is where you:

If there are many valid exceptions, a writing rule reverts to being advice that should be followed depending on the circumstances of the topic, the intention of the writer and whether crucial meaning or conventions are altered by not following this advice.

If there are too many exceptions then the writing rule becomes ambiguous, difficult to learn and difficult to teach. This is the case for some grammar, spelling and punctuation rules and for other advice delivered as writing rules.

Many writing rules are necessary

Some writing rules are more important than others. Most grammar rules are essential to explain how to use our language to communicate clearly. We need verbs in sentences otherwise we wouldn’t know what was going on; we need a subject so that we know who or what was doing the thing that was going on.

Some good suggestions need not be considered writing rules

Some writing rules are just good suggestions disguised as rules; for example, the common bullet point rule that helps maintain consistency and flow: “Always have the same size bullet point indents” can be rephrased as “Be consistent with bullet point indents.” You might have a valid reason for changing indents, especially if you have different types of bullet points.

Some writing rules are archaic or out-dated

While many grammar rules are essential, some are no longer used or followed. ‘Never split your infinitives’ is a prescriptive rule that dictates one must never place an adverb between ‘to’ and a verb’ (‘You have to quickly speak’ versus ‘You have to speak quickly’). This rule is widely criticised yet still commonly taught.

There are two types of grammar rules: Descriptive grammar describes how language is currently used, while Prescriptive grammar “specifies how a language and its grammar rules should be used”. Prescriptive grammar rules generally don’t change and are seen as absolute. I follow a descriptive approach, as long as the intended meaning is preserved, while following prescriptive rules when explaining grammar and when grammar errors make sentences unintelligible.  I agree with Mark Nicol’s comment that “A tension between the two systems is inevitable — and healthy; it keeps us thinking about what we’re saying and writing.” (Daily Writing Tips 2011).

Some writing rules are not so good

There are writing rules that are, at best, only slightly helpful. A student once claimed that their supervisor strictly enforced a rule never to phrase rhetorical questions within research papers but the reasons behind the rule were not explained.

Once writing rules become well-known, they are hard to undo. Some examples:

Writing conventions are accepted ways of writing within a specific discipline. These conventions help delineate the discipline and are perpetuated by writing rules and more general advice. A simple example is the convention of writing Latin names for organisms, where species and sub-species are never capitalised and every level from genus and above are always capitalised. For example, the river red gum (Eucalyptus camaldulensis): species: camaldulensis, genus: Eucalyptus, family: Myrtaceae, order: Myrtales, kingdom: Plantae.

As language changes over time, so too do scientific writing conventions. For example, using the active voice was once strongly discouraged and now many scientific disciplines actively encourage it’s use. However, both types of voice are necessary for clear communication.

It is crucial to stay informed of the current conventions within your discipline and research topic. Always refer to your journals’ Instruction for Authors if publishing a research paper or your organisation’s style guide to check what is expected. The Australian Style Guide is a good reference website suitable for many writing genres.

Yes, we want to avoid writing gobbledegook but don’t worry about writing rules in your first draft. When working on editing and rewriting your drafts, the top priority is not to compromise your meaning. Make sure that what you write is clear and succinct and that your presentation is consistent and easy to navigate. Always get feedback from your friends and colleagues if you want to know if you are making sense but critique all writing advice, especially if delivered as a writing rule.

Find out more about our next online course...

How to structure bullet point lists

The essentials of science writing: plan before you write

When to cite and when not to

FAQ: What software tools do I use for writing and teaching?

What is the difference between a good idea and a theory?

How to write from home

How to build and maintain confidence as a writer

Never label yourself a POOR writer

How to identify your target audience

6 essential features of a clear and compelling grant application

6 steps to drafting a grant application

What citation style should you use?

What is science writing?

8 steps to writing your first draft

10 stages of the PhD journey: advice from many experts